Will primarily works with media and hardware companies in his current role as General Partner & COO at RRE Ventures. He is a Director of BuzzFeed, Paperless Post, Spaceflight,  and Spire. He is a former Director of Whiptail Technologies (acquired by CSCO), Frictionless Commerce (acquired by SAP), Skyhook Wireless (acquired by Liberty Media), Tacit Network (acquired by PKTR), and Xobni (acquired by Yahoo!). Will is also an Adjunct Associate Professor at Columbia Business School and the Chairman of the Dockery Farms Foundation, which he founded.

Before entering the venture capital industry, Will held senior management positions with SupplyWorks and NetMarket, the e-commerce pioneer now owned by Cendant Corp. Will holds an MBA from Harvard University, an MSC from the London School of Economics, and a BA with Honors from Stanford University, where he served as Captain of the Varsity Crew. Outside of the office, Will can be spotted cycling around Central Park at high speeds or hanging out with his wife and two kids. 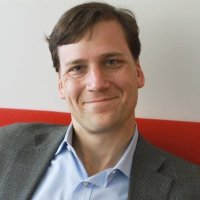 Commercial Internet and Broadcast Services – Satellites deliver high-speed data, internet and broadcast services to individuals all over the world, providing access to information, entertainment, education, health and hundreds of other applications that enrich our daily lives. Enterprise Connectivity – Satellites shape global economies by connecting businesses of all sizes to reliable and effi...

Satellite Manufacturing – Satellites come in all shapes and sizes and are being built faster and more customized than ever before to meet the rapidly growing demand for instant space segment. Ground Segment Technology – Satellites require a wide range of antennas, amplifiers, modems and other cutting-edge technology on the ground in order to complete the vital connection from industry to the end-...

Public and Private Investment – Satellites attract a wide range of financiers thanks to the current insatiable demand for 24/7 data connectivity and the long-term future of space exploration, transportation and commercialization. Market Analysis – Satellites build the bridges that close digital divides between nations and cultivate new, exciting and often unexpected economic results. Legal and ...

Geolocation – Satellite geolocation services are the lifeblood of game-changing apps like Uber, Ways and enhanced reality social media games that have captivated headlines and captured imaginations. Remote Tracking and Sensing – Satellites connect to billions of tiny sensors on the ground and create an infinite supply and variety of data for a market that could potentially change the aerospace ind...

Launch and Orbital Services – Satellites reach their orbital destinations on the backs of launch and transport services that are continuously evolving to become cheaper, faster, reusable and most importantly - safer. Network Security and Risk Management – Satellites deliver highly sensitive information that must be protected from the constant threat of malicious hacking and sabotage. Space Sust...